What Are Solar Incentives?

In a bid to put an end to global warming, more and more technological inventions are tilting towards promoting the sustenance of the environment; which is practically the main reason why the solar panels are invented as a means of producing electricity in the first place. To get more people on board to subscribe to this new means of producing power, measures were put in place; in which one of them is to allow the owners of the solar panels to enjoy certain privileges, which are loosely called Solar Incentives.

So you ask, What Are Solar Incentives? This is a measure put in place to ensure that owners of the solar panels enjoy certain benefits, just by installing and using the product. These solar incentives have led more people to subscribe to the idea of installing and using the panels for their homes and business; because not only is it profitable to the environments, it is also profitable to their finances in the long run.

The following are some of the Solar Incentives there is:

This is basically similar to the federal investment tax credit, only that this time, a small portion of the cost of the solar panel system can be deducted from your state tax bill, relieving you of some costs that would have been invested in purchasing of the solar panel system. The only twist to this is, unlike the federal tax credit, this is not applicable to all states; only residents of some states are privileged to enjoy this package.

For those that could enjoy this package, they could end of saving about 50% of the cost of the solar panel, making it easier for them to purchase the solar panel system and enjoy its benefits.

The New Jersey’s Solar Renewable Energy Certificates (SREC) program have made it possible for residents in new jersey that have acquired and installed the solar panel system to enjoy a special kind of solar incentives called certificates – though this is not exclusive to new jersey alone.

You may be asking, what are Solar Renewable Energy Certificates?

These are a type of solar incentive that allows owners of a solar system to sell the certificates to their utility. By standard, if you can generate 1000 kilowatts hours (kWhs) from your solar system, you are eligible to get one SREC; and an SREC is worth at least $300. Now imagine how much that figure can rise up to if you can make 6000 kilowatts hours. Let me just leave you to do the mathematics yourself.

If you were once unsure about purchasing a solar panel, this should make you change your mind.

It is common knowledge that some owners of the solar panel system produce more than they can consume, in which they decide to store the overflow in an On-site battery. What if I tell you that instead of storing that in an on-site battery, you can sell to your local utility company and get returns which can be used to foot other bills. Amazing deal, isn’t it? I can bet you think it is.

That’s basically what Net Metering is all about.

So in days, you create more electricity beyond what you can consume with your solar panel system, instead of hoarding it in your battery, you are given another opportunity to get returns for it. Think about the future energy bills and other bills you can foot by selling excess power produced by your system.

These are basically cash backs for the owners of the solar panel systems. It could come from different parastatals – like the government, utility company etc. – that are concerned about promoting the use of solar energy. This could also help subsidize the cost of the solar system.

With the aforementioned solar incentives available, the idea of investing in the purchase and installation of a solar panel system is becoming more appealing. What are Solar Incentives? I hope this article has done justice to answering that question.

What are the Different Types of Industrial Power Solutions?

The Benefits of Solar Lighting in a Nutshell 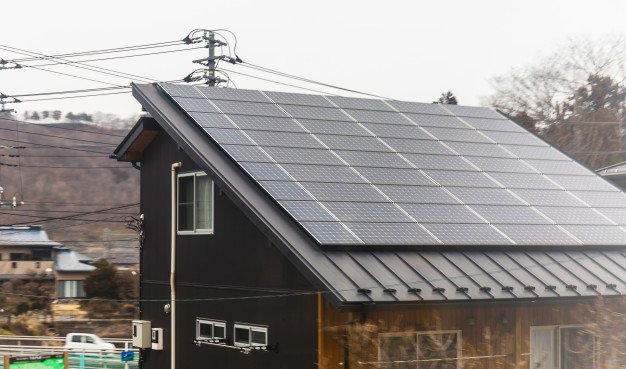 10 Steps To Take To Set Up Solar Panels At Home